LiveJournal has come out with new terms and conditions that are unacceptable. Unfortunately, I had to agree to them to access my content even though I was given the option not to. So no I really do not agree to them because they are make you agree to be subject to Russian anti-LGBT laws. I'll let Charles Stross explain why this is the shits.

I am in the process of migrating to Dreamwidth. I'm keeping the same username. So you can find me at entp2007.dreamwidth.org. It's a fairly straightforward process. This account may end up going away, but it will no longer be updated, though I may respond to any comments posted here. I suggest anyone else looking for a new LiveJournal home check out Dreamwidth. It's made by some of the original founders of LJ.

Here's something you didn't know you needed to watch. I know for some people Mike Oldfield's "Tubular Bells" it is one of their favorite albums. I certainly rank it pretty highly.

Today we get to experience an equal number of hours of day and night.

Oh, and our temperamentally unfit man-baby of a president thought it would be a great idea to antagonize North Korea. Have a nice life.

The first 30 days have gone swimmingly. I can only imagine what the next 30 days hold in store for us.

I'd celebrate Presidents Day but there aren't taco trucks on every corner. 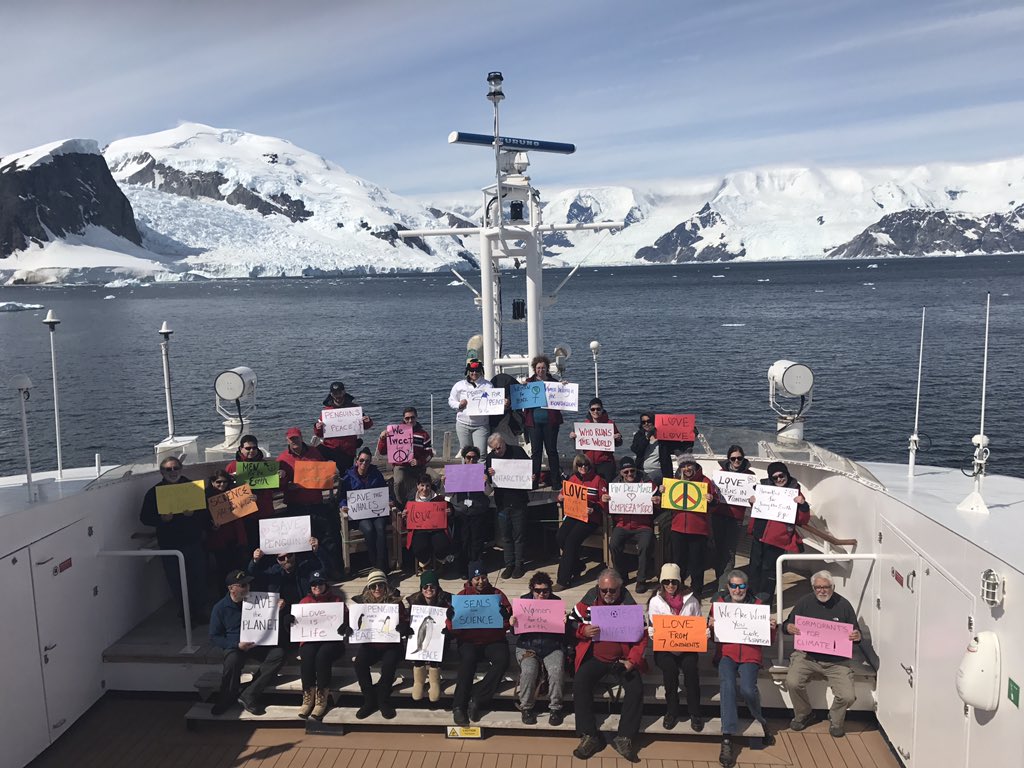 This group joined the Women’s March from Antarctica

Today is the last day of President Obama's term of office. I haven't decided how I will spend it. Some of it working to be sure, but I want to make it something joyful, something memorable for the dark days, dark weeks, dark months and possibly dark years ahead.

I have a habit of naming years. If I didn't call 2016 The Year the Chickens Came Home to Roost, I should have. I don't remember what I called previous years, and I'm too lazy to go back through my posts to find them nor to even see how long I've been doing it. I didn't pick the name 2017, I got it from Obama's anger translator, Luther, farewell address sketch. The actual address starts at 2:57.

The video will not embed here so you must view it at Comedy Central.
A Farewell Address from Obama's Anger Translator

By calling 2017 Orange is the New Black year it is apropos on so many levels. President Obama has done a remarkable job despite the enormous amount of shit thrown at him. There were things he did that I strongly did not approve of (like expanding the use of armed drones). Perhaps no president coming in how well intentioned can avoid being compromised by the office. It's not right, but that's the way it is. We already know how compromised our incoming president is going to be. We just don't know how awful it's going to get nor how quickly it will turn awful. It could all go south in less than 100 days. I'd like to be very wrong about what might happen. Better for me to be ridiculed than to see millions of people harmed (like losing health insurance coverage by repealing the ACA).

Update 30 Jan 17: It went to shit pretty fast with the Muslim ban. I'm thinking about changing my mind and calling it The Year That Went to Shit. And the thing is we haven't see the worst yet. I'm going to revise my 100 day time frame to 30 days.

This is perhaps my favorite non-American holiday. It's the day after Christmas. It's celebrated in Canada and the UK and probably Australia and New Zealand. I don't know all the details, but it seems to be their equivalent of Black Friday after our Thanksgiving. A huge shopping day. I'd heard it was the day you exchange unwanted gifts. That sounds more fun. You get a gift you didn't like and exchange it with someone else who got a gift they didn't like. However, it was traditional to give money and gifts to the needy and that sounds a lot more worthwhile. The Boxing Day event I attended once was basically a decompressor with friends. Yes, we love our family, but family at holidays can be stressful. A decompressor with your friends who don't have the same expectations or baggage seems like a worthwhile endeavor.

And it will be official or we'll have a constitutional crisis. Either outcome is not good.

Update (Jan 2, 2017): And no it does not. The electors gave absolutely zero fucks about the Constitution. Zero.

My NaNoWriMo hadn't been going well, and now it's been completely derailed after Black Tuesday. I can put it back on the tracks and will, but I probably won't meet the goal of 50,000 words. Onward.

Meanwhile 3/4 of America is reeling from the outcome of the US election, 1/4 is positively gleeful. I knew this outcome was a distinct possilibilty after Brexit left much of UK reeling. Much of the same mindset that voted for Brexit was the same mindset that voted for him. I simply had not prepared enough for the shock. It's going to take me time to come to terms with what just happened, what may happen now, and how to move forward in the event of a worse case scenario. And if things don't turn out that bad, I'll consider that time well wasted.
Collapse